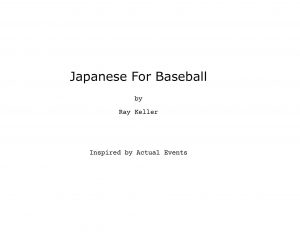 In 1943 rural Colorado, when a resourceful teenager’s high school baseball team doesn’t have enough players, he recruits three boys from the nearby Japanese internment camp, but when the town’s violent, racist mayor finds out, nobody is safe. (Inspired by actual events.)